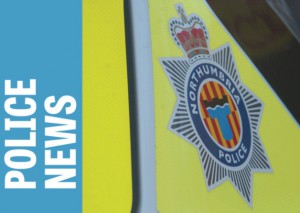 Police are urging people to get their new gifts logged to keep them out of the hands of thieves.

The Northumberland Gazette has reported that Northumbria Police are advising residents to get new bikes, phones, electricals, tools and other valuables registered with free property logging website Immobilise.com

And those who received iPads, iPhones and other similar smartphones and tablets for Christmas are urged to activate built-in GPS systems and download apps which help locate stolen property.

The immediate crime prevention activity will mean if new property is stolen and later recovered it can be returned to the rightful owner, as well as potentially catching criminals in possession of stolen goods.

The advice is part of Operation Soundwave – a campaign aimed at cutting volume crime and tackling opportunist thieves – which is ongoing over the festive season.

Immobilise is the world’s largest register of property where members of the public can log their valuables – anything such as mobile phones, bikes, tools, electricals and gardening equipment. It’s free to register and takes just a few minutes to sign up.

Ownership details can be viewed by police across the country on the National Mobile Property Register (NMPR), which allows officers to check a recovered item and instantly find the owner.

Many people will have received devices such as iPhones, games consoles and laptops for Christmas and I’m sure crime prevention is not something which is at the forefront of people’s mind when they have just received gifts and are enjoying festivities.

It means if it is stolen and recovered, it can be returned to the rightful owner as well as ensuring those found in possession of it can be dealt with, potentially preventing further crime.

The more people that register with immobilise, the easier it is to return stolen property and the more difficult it is for criminals to profit from their crimes.

Gadget-lovers are also being urged to make the most of tracking technology to stay one step ahead of thieves.

We of course would urge everyone to protect their property from thieves in the first place, such as making sure phones are secured in zip pockets or handbags, not leaving items lying around on pub or cafe tables and never leaving electronic items on show in a vehicle.

However, if such equipment is stolen, taking this simple step can make the difference between losing the item forever or having it tracked, located and seized by police.

Modern technology has its place alongside the more traditional police work and we’ll continue to combine all investigative techniques to cut crime across Northumbria and stop thieves in their tracks.

For more crime prevention information visit http://www.northumbria.police.uk/crimeprevention, while people are urged to sign up to free property register Immobilise at www.immobilise.com

It’s also vital residents report anything suspicious to police straight away so they can investigate. Police can be called on 101, or to report a crime ongoing dial 999. Northumbria Police are urging residents to safeguard their valuables and avoid being targeted by thieves.

Officers are holding free property logging sessions at the Newcastle Shopping Park in Byker on Tuesday, July 23, Wednesday, July 24 and Thursday, July 25, from 9am to 3pm daily.

People are invited to come along to the mobile police office in the car park and officers will register items for them on www.immobilise.com – The UK Nation Property Register. You don’t need to bring the items with you, just bring the details of them and an officer will open your account which you will be able to add to at any time.

It only takes a couple of minutes to use the site to record the make, model and serial numbers of property from mobiles, iPods, TVs and laptops to bicycles, jewellery, power tools and portable sat navs. The secure site can only be accessed by the registered user.

Police check any items they recover against the database; if it’s been registered they can easily identify the owner and return the property to them – even if it hasn’t been reported stolen.

It’s simple to use and residents can add more items to the site when they get home, to make sure all valuable property is recorded and kept up to date.

This is part of Northumbria Police’s volume crime campaign – Operation Soundwave – aimed at ‘turning up the volume on crime’ and silencing opportunist criminals during the summer months.

By holding this crime prevention three-day event at the start of the school holidays we hope people will take advantage of the opportunity to get help security logging their property.

At this time of year we often see an increase in opportunist theft from homes and vehicles. To deter thieves security log your property on the crime prevention site then, if an item is stolen and subsequently recovered by police it can be reunited with its rightful owners.

We continue to do everything possible to trace the people involved in theft and burglaries in our communities and put them before the courts, but we are also asking residents to play their part by taking simple crime prevention measures.

I’d also encourage residents to report anything suspicious they see in their neighbourhood to police at the earliest opportunity so we can investigate.

If you can’t get along to the crime prevention event at Newcastle Shopping Park officers are encouraging residents to register their property themselves on a free crime prevention website – www.immobilise.com – and increase the chance of getting any stolen items returned.