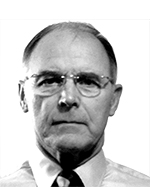 We are pleased to welcome Jack Wraith MBE to Recipero as Government and Regulatory Affairs Adviser. As people familiar with the telecoms industry will know, Jack has extensive experience in the area of telecommunications fraud and risk and has held several lead roles most recently as CEO of TUFF (the Telecommunications United Kingdom Fraud Forum).

Jack has also served as Chair of The Mobile Industry Crime Action Forum (MICAF), and former Executive Secretary to the Communications Crime Strategy Group (CCSG). In tandem with these roles Jack has also acted as Chairman to a number of fraud and crime related committees within the UK, including Joint Chairmanship of the ACPO Telecommunications Data Communications Group.

Jack’s role at Recipero is to lead liaison with Government, regulators, law enforcement and mobile operators to ensure a coordinated and effective approach to mobile device fraud and criminality is adopted and maintained.

Our on-going liaison with law enforcement and Government continues to be a fundamental part of our business in the UK, US, and other jurisdictions in which we operate.

Jack’s experience and his joining us in this important role will be integral to those on-going partnerships and reinforces Recipero’s commitment to deliver the best fraud and crime reduction solutions to the industry. For Gazelle the introduction of CheckMEND comes at a good time with the proliferation of high-end consumer electronics theft. In fact, New York City’s police commissioner recently reported that Apple products now represent more than 40 percent of stolen property in the city and San Francisco police report that nearly half of all robberies in the city in the past year have been cell phone related.

We are dedicated to providing the best customer experience possible, and part of that promise is to protect each customer’s personal data

We always take security very seriously. With the CheckMEND deployment, we’re taking this to a new level, committing not only to the protection of a customer’s personal data when we receive the device, but also going the extra mile to ensure that any devices we accept are being sold by the rightful owner and to discourage and prevent theft of consumer electronics.

Recipero’s CheckMEND service makes it possible to do a more thorough screening by checking a vast set of carrier and law enforcement sources for a much broader set of consumer electronics. CheckMEND is capable of comparing each inquiry against more than 150 billion records of information, including more than 50 billion items.

I have just been watching BBC News and one of their features was ‘Why shopping online could reward’.

The feature really focused on the fact that shoppers who like to spend their money online could also be earning at the same time and used an example from a woman who would only purchase items once she had sold a few on eBay and made a small profit.  Great example of how online shopping can really work well with the current credit crunch. However, I do wish the BBC had highlighted some of the risks involved in online shopping, like CNBC have done.

Yesterday we launched in the US and have already seen some coverage including from the Denver Post and it states we aim to curb the cybercrime of selling suspect second-hand goods. Hopefully there will be more to follow.

Anyway, hopefully the USA launch will be just as successful as the UK. According to the US Census Bureau the population of USA currently stands at 304,381,960 with:
• One birth every  7 seconds
• One death every 13 seconds
• One international migrant (net) every 29 seconds
• Net gain of one person every… 10 seconds

From the global population of internet users 27% are in the US and having read a lot of online articles and blogs e-fencing is proving to be a problem which the US are struggling to control. E-fencing laws have been discussed as being essential to combat organised retail crime. However, CheckMEND should now be an answer to their prayers, so let’s see how it goes.

For example; Andrew Gudelajtis, from Mansfield, bought a Vodafone Nokia mobile phone from eBay for his wife. The phone arrived in a sealed box and was sold as being brand new, but after using it for six weeks the mobile phone stopped working.

He decided that he should use CheckMEND to check the IMEI number on its database. The search came back and identified the phone as being stolen or blocked. Unfortunately Andrew was then unable to re-trace the eBay seller and is left with a phone that doesn’t work and at the moment he is pursuing Vodafone to see if they can help – either by unblocking the phone or chasing the seller.

Hopefully he will have some luck at some point, but it is a great example of why you should use ‘CheckMEND before you buy’ or insist on sellers having a CheckMEND report. Or as I mentioned within my last post we should push for eBay to insist all sellers conduct a CheckMEND report!

Any questions – please fire them this way!