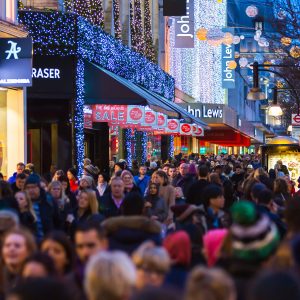 Christmas is an exciting and hectic time especially when it comes to shopping. Unfortunately, the festive season is also a time of increased crime particularly in busy shopping areas providing rich-pickings for pick pockets and other criminals!

Best practice whilst out shopping

END_OF_DOCUMENT_TOKEN_TO_BE_REPLACED

Do you trade phones?
If so we’ve great news for CheckMEND users… 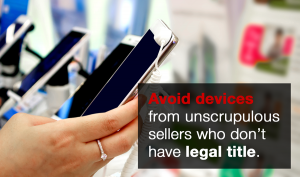 The problem is all too familiar. A seller assures a trader that they have legal title when in fact they are selling a phone recently acquired on a contract and the network still owns the phone.

The seller defaults on the contract at some point after selling the phone to you and because ownership of the phone is actually with the network they block it, completely legitimately.

The phone is not being blocked because someone didn’t pay the bill, it’s being blocked to prevent it from being sold while it still belongs to the network.

Depending on the defaulter’s behaviour this process can take several weeks to manifest as a block. By that time you may well have invested in refurbishment or even resold the phone which creates problems for your customer as well.

New data helps you avoid the cost of contract-bound phones

Recipero, the providers of CheckMEND are now adding hundreds of thousands of records each month for phones that are owned by UK network operators meaning subscribers cannot sell them. This data means that a very large portion of phones sold to you which later become blocked can now be avoided.

Nationwide in the UK, this data set will save CheckMEND users millions of pounds each year!

This data set protects you and your onward customer from this risk.

Will the cost of checks increase?

If you’re buying checks via the website, this data has been included in the price since 2 Nov 2016.

If your use of CheckMEND is via a central contract such as a franchise or group purchasing scheme, your managers will be contacted separately as there may be a small additional charge to access this data depending on your contract conditions.

If you have any queries about CheckMEND or require help please visit the support page for contact and knowledge base options.